CompMusic is a research project funded by the European Research Council from 2011 to 2017 and coordinated by Xavier Serra from the Music Technology Group of the Universitat Pompeu Fabra in Barcelona (Spain). It aims to advance in the automatic description of music by emphasizing cultural specificity, carrying research within the field of music information processing with a domain knowledge approach. The project focuses on five music traditions of the world: Hindustani (North India), Carnatic (South India), Turkish-makam (Turkey), Arab-Andalusian (Maghreb), and Beijing Opera (China).

Explore the corpora for the traditions included in CompMusic on the DUNYA WEBSITE. Use the interface provided on this website to browse through the tracks in the corpora and discover the available annotations.

CompMusic was present at ISMIR 2022 in Bengaluru and Chennai, India.

During ISMIR 2022, between December 4 and December 8 in 2022, CompMusic was very present in the "Tutorial on Computational Methods For Supporting Corpus-Based Research On Indian Art Music". This tutorial is a joint effort by many professors and researchers, most of them CompMusic-involved, to put together a list of tools and materials to get started with the computational analysis of Indian Art Music traditions.

The week after ISMIR, a satellite event of the said conference is happening in Chennai: CompMusic Workshop 2022: Introduction to Computational Musicology, a Carnatic Music perspective. This 5-day workshop can be seen as an extended version of the ISMIR Tutorial, including numerous expert talks by professors, researchers, and musicians, in addition to hands-on sessions to get started with the computational musicology research of Carnatic Music. This workshop will happen at the same time as the December Season in Chennai. 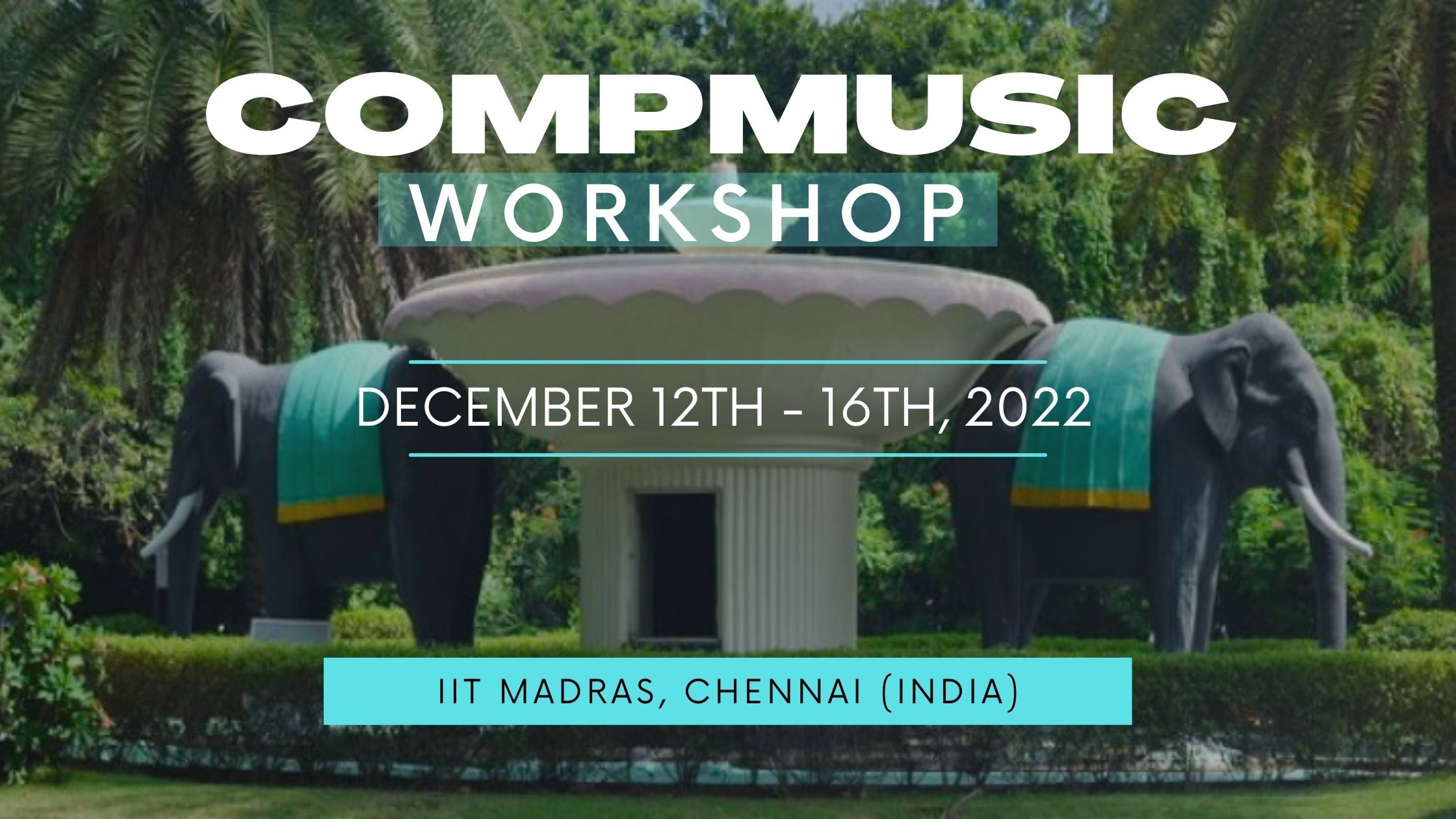 "Indian Art Music: A Computational Perspective", a new ebook is feely available
A tutorial and a workshop within ISMIR 2022
Last two PhD thesis of CompMusic defended
European Research Music Conference in Barcelona
MOOC on North Indian Classical Music by the MTG on the Kadenze platform
END_OF_DOCUMENT_TOKEN_TO_BE_REPLACED